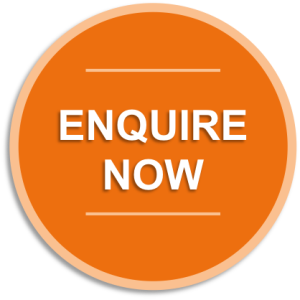 If you're looking for a motorcycle tour of Spiti Valley bike Tour packages with Golden Temple then you can rest assured that we will provide you with a safe and enjoyable experience every step of the way.

Delhi to Spiti Valley bike trip. Spiti Valley is a cold desert mountain valley located high in the Himalayas. The name "Spiti" means "The Middle Land", i.e. the land between Tibet and India. Spiti Valley is one of the most beautiful and least explored valleys in the Himalayas. This 15-day motorbike tour takes you from Delhi through some of the most stunning scenery in India, all the way to the Spiti Valley. Along the way, you'll visit the world-famous Golden Temple in this Spiti valley motorcycle tours from delhi.

Spiti Valley Motorbike Tour with Golden Temple that's what makes Motorcycle Tours India so much more than just another motorbike tour company. We give you a new way to see India and aim to be just what you need to take away all the stress and fuss of travelling in this enormous states, leaving you nothing but time to relax, explore and enjoy. Kaza is the resting point for travelers before they start their journey towards Leh via Kunzum Pass which is situated at an altitude of 4,551 metres (14,915 ft). Kunzum Pass connects Spiti Valley with Ladakh region of Jammu and Kashmir

Golden temple is one of the holiest shrines for the Sikhs. It is located in Amritsar, Punjab and was built by Guru Ram Das ji, the fourth guru of the Sikhs. The temple complex also includes a sarovar (holy pool) and Akal Takht (the throne of the temporal authority of the Sikhs).

The villages in the Spiti Valley, manila, dharamshala and kasol are rich in culture and history. You'll have plenty of opportunity to explore these villages and meet the friendly locals during your stay here. In addition to its many cultural attractions, the Spiti Valley is also a great place for outdoor activities such as hiking, camping, and bird watching so, book your Delhi to Spiti Valley bike trip packages with golden temple now with motorcycletoursindia.com.

If you're looking for an adventure off the beaten path, look no further than the Spiti Valley contact us to book your trip from Delhi to Spiti Valley Motorbike Tour with Golden Temple!

The Motorcycle tours India team have been running motorbike tours in the Himalayas, Rajasthan and the Indian desert since 10 years. We are fully registered with the Dept of Tourism and have full Public Liability Insurance.

Arrive at Delhi airport and transfer to the hotel ,overnight Delhi
DAY 02: DELHI   - AMRITSAR
After breakfast ,drive to Amritsar ,afternoon visit Wagah Border and Golden temple ,overnight Amritsar
DAY 02 : AMRITSAR - DHARAMSHALA
After breakfast ,Ride to Dharamshala ,upon arrival visit  Mcleodganj , Dalai Lama temple ,overnight Dharamshala
DAY 03 : DHARAMSHALA
After breakfast visit Art Gallery in Dharamshala ,Naddi lake and Tibetan children village  ,overnight Dharamshala
DAY 04: DHARAMSHALA   - TIRTHAN VALLEY
After breakfast visit Rewalsar lake then ride to Tirthan valley.Tirthan valley is the best destination for nature lovers and it is beautiful river valley lies in the Great Himalayan National Park at an elevation of 1600 metres ,upon arrival walk around the village to view the beauty of valley and local life,overnight Tirthan valley
DAY 05 : TIRTHAN VALLEY  - MALANA -  KASOL ( PARVATY VALLEY ) After breakfast ride to Kasol, en route to  visit Malana village  , Kasol is situated on the banks of Parvati river in Parvati valley on the way between Bhuntar and Manikaran ,upon arrival walk around the village ,overnight Kasol
Day 06 : KASOL - MANALI
After breakfast ride to Manali, Manali is resort town nestled in the mountains of Himachal Pradesh and it is a popular tourist destination and serve as a Gateway to Lahaul and Spiti district ,overnight Manali
DAY 07 : IN & AROUND MANALI
Wake up leisurely and enjoy the holiday mood with a sightseeing ride around Manali. After breakfast visit Manu temple ,Hidimba temple and old Manali ,overnight Manali
DAY 08 : MANALI - KAZA
After breakfast ride to Kaza ,crossing through Batal ,Loser and Kunjum Pass ,Kaza is sub divisional head quarter of remote Spiti Valley ,overnight Kaza
DAY 09 : KAZA
After breakfast ride to visit Key and Kibber monastery ,Key Gompa is a Buddhist monastery located on the top of a hill at altitude of 4166 meters and it is biggest monastery in Spiti valley.After visit Key monastery and village ,ride to visit Kibber monastery ,which is around 9 kilometers far ,it is a village at altitude of 4270 meters ,after visit Kibber monastery ,ride back to Kaza ,overnight Kaza
DAY 10 : KAZA - DHANKAR - TABOAfter breakfast ride to Tabo ,en route visit Dhankar monastery and village ,Tabo is a small town in the Lahaul and Spiti District in Himachal Pradesh on the banks of Spiti river ,overnight Tabo
DAY 11 : TABO  -  NAKO  - KALPA
After breakfast ,ride to Kalpa ,through ancient villages Jangi and Pooh ,visit Nako village and monastery. Nako is a small village at Indo - China border ,kalpa is a small village in Sutlej river valley ,above Reckong Peo in the Kinnaur district.Kalpa has history of ancient temples ,overnight Kalpa
DAY 12 : KALPA   - NARKANDA
After breakfast ride to Narkanda , continue our ride through the lush green forests on reasonably well maintained roads to reach Narkanda. Narkanda offers awesome views of the snow-capped peaks of the higher Himalayan ranges ,overnight Narkanda
DAY 13 : NARKANDA  - SHIMLA
After breakfast ,drive  to Shimla, Shimla is the capital and largest city of Himachal Pradesh on the South - Western ranges of the Himalayas at an elevation of 2206 metres. It is widely known for dense forest of Pine, Oak and Deodar ,upon arrival visit Mall road ,Jakhu temple and walk around the Town, overnight Shimla
DAY 14 - SHIMLA - DELHI After breakfast ride back to Delhi, upon arrival ride direct to our garage , later you will be transfer to the hotel ,overnight Delhi
DAY 15:  DELHI - BACK HOME
After breakfast , sightseeing tour of historic city visiting old Delhi to see the magnificent red fort, the Jama Masjid, India's Largest mosque, Rajghat - the memorial of Mahatma Gandhi. Later new Delhi tour consists President Palace one - time Imperial residence of British Viceroy ;the India Gate, a memorial raised in the honor of Indian Soldiers martyred during the war; the Laxmi Narayan Temple, built by Birlas, one of the India"s leading industrial family, Humayun"s Tomb, lotus shaped Bhai"s temple, Qutub Minar, built by Qutub - ud - din Aibek of the slave Dynasty.
After farewell dinner transfer to the airport to catch the flight back home